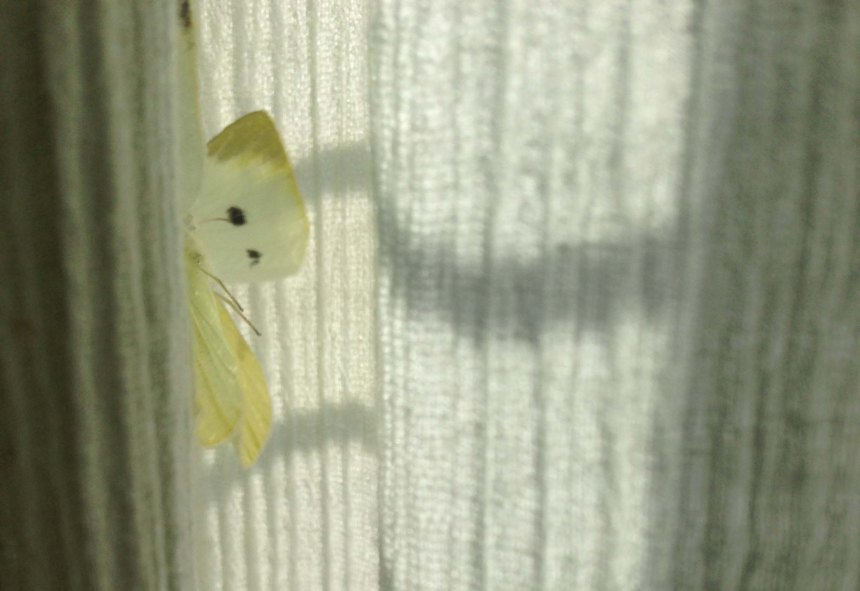 That up there is Helicoverpa zea – the corn earworm moth. I’m writing and illustrating a (well, I’m calling it a zine, because I’m a 90s girl, and because I like calling it the zea zine) about it. The female H. zea can only produce sex pheromones in the presence of corn silk. Isn’t that great? Corn silk and H. zea are for each other. I think at some point I’d like to do a Dear Data-style project about insects and interesting insect encounters. 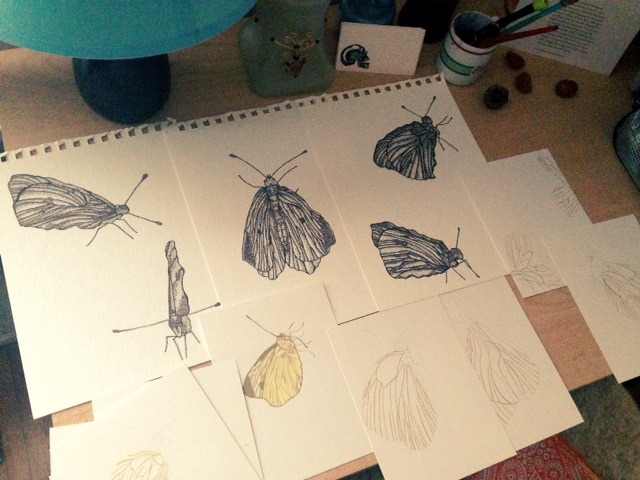 In the realm of happy news, my fiction and photography chapbook Gomorrah, Baby was accepted for publication by Anchor & Plume! It will be published in November 2016. This little book is a big chunk of my heart. It was inspired by some hyper-exposed photos of Saint Paul cliffs, and I wrote it in my head and kind of lived it before I ever wrote it down. The book’s about the stories we tell ourselves about cities, about crumbling and haunted cities and what happens when we walk through and absorb them.

There’s a lovely review of the journal LUMINA at The Review Review, and Melissa Oliveira said nice things about my essay “Dance It Viscous” in what we both apparently call the “Wet Lady” issue!

I recently gave up my car (I mean, my car kind of gave itself up unto me), and it’s been a relief. I never drove that much anyway, and it’s been fun to walk more. Other than that, I’ve been busy with freelance writing and editing projects, drawing sea creatures with my friend’s 3-year-old girl, making apple desserts, and getting over this end-of-summer cold that came from the devil.

Ellie Rogers’ poem “What I Kept to Myself” in Pacifica; reading it actually feels like holding in a sneeze.

André Alexis’ book Fifteen Dogs, which is extraordinary, but it’s still too soon to talk about it. I don’t think I’ve ever cried that hard (in a good way!) about a book, ever. Plus, my dog Gunnar won it for me on Twitter, which is something.